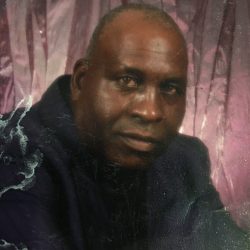 Sammy was employed as farm laborer. Over the years he has dedicated his heart, body, and soul to the farming industry.

Sammy united in Holy Matrimony to Sue Ellen Jones. This union of forty-six years blended a family of nine children of which three were born.

Sammy is preceded in death by his parents, two brothers; Charles Wade, McArthur Wade and one sister; Betty Ann Wade.