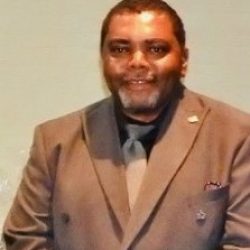 Memorial Service/Interment will be held Sunday, September 13, 2020 at Hickory Hill Cemetery, Morrilton Arkansas at 11:00 a.m. Due to our Federal and State COVID-19 guidelines we will abide by the social distance standard of 6ft apart. Mr. Martin's service may be viewed live via ZOOM. Here's the information to access the link: Topic: Memorial Service for Mr. Larry Tyrone Martin at Hickory Hill Cemetery, Morrilton AR Time: Sep 13, 2020 11:00 AM Central Time (US and Canada) Join Zoom Meeting https://us05web.zoom.us/j/89825743139?pwd=a3BPbzVSTnJ3dFl1dVRnT0w2dXNmUT09 Meeting ID: 898 2574 3139 Passcode: 5UitaT

Tyrone accepted Christ as his personal Savior and was a member of New Direction Baptist Church, Little Rock Arkansas. He remained faithful until his demise.

May 1, 1993, Tyrone united with Penelope Leon in Holy Matrimony. To this union no children were born but a blended family was form through their love.

Tyrone is preceded in death by his grandparents; Charles and Lillian Martin, Sr., his mother; Velma Jean Martin who died May 26, 2001.