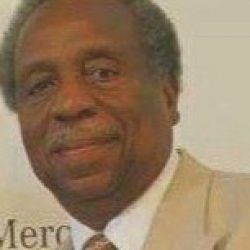 Roosevelt accepted Christ as his personal Savior at an early age. He was a dedicated member of First Baptist Church Cordell, Eldorado Arkansas under the leadership of Reverend Pierce Moore. After relocating to Southaven, Mississippi, he joined Brown Missionary Baptist Church under the leadership of Reverend Bartholomew Orr where he remained faithful until his health declined.

Roosevelt received his formal education within the Helena – West Helena School District. He was a proud Eliza Miller High School graduate; Class of 1963. He went on to serve his country in the United States Army. After returning, he found employment with Clean Harbours of Eldorado, Arkansas; retiring after 36 years of service.

Roosevelt united in Holy Matrimony to Verlene Baker Wilhite September 26, 1975. This union of 44 years was blessed with one son. He truly understood the value and meaning of love for your family. Believing in the family’s motto; “God and Family First.”