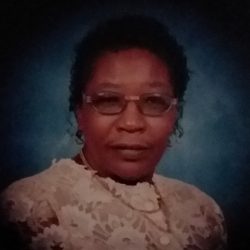 Sister Carolyn was the wife of the late Nathan Ashwood, Sr. At this time, she joined the Second Baptist Church, West Helena Arkansas under the leadership of Reverend Jarvis Smith. After the death of her husband she rejoined Beautiful Zion Missionary Baptist Church.

Sister Carolyn later moved to Memphis, Tennessee and join the Ascension Missionary Baptist Church under the leadership of Pastor Willie S. Williams, Jr. She remained faithful until her departure.

Sister Carolyn was employed as a custodian with the Helena – West Helena School District for several years. She later started her own business as Ashwood Janitorial Service.