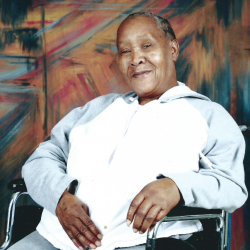 Willie A. Hargrow was born February 27, 1951 in Forrest City, Arkansas to the late Ira Hargrow and Alberta Hollowell.

Willie was a kind, warm, and loving person that would open her doors to anyone that was in need. She enjoyed cooking, spending time with family, and caring for her grandchildren and great grandchildren.

On May 28, 2019, she received her call from labor to reward at Baptist Memorial Hospital, Memphis Tennessee surrounded by her loving and devoted family.

Willie is preceded in death by her parents, four brothers, and five sisters.