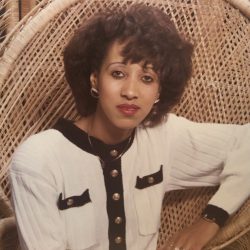 On Sunday, May 19, 2019, Jesus stood surrounded by seven of heaven’s angels as they discussed God’s will concerning his daughter, Yolundia Renae Lott. Percious in the eyes of the Lord, the decision was made to call her home to heaven.

Yolundia Renae Lott was born in Helena, Arkansas on July 30, 1962 to the late Emres Bailey, Sr. and Blossie Bailey of Helena, Arkansas. She was raised in Lakeview, Arkansas and was the oldest of six children. She was baptized at a young age and continued to serve the Lord throughout her life.

She was an outstanding student and proud graduate of C.V. White High School and the University of Arkansas at Pine Bluff. Upon completing her scholastic endeavors, she later moved to Dallas, Texas where she met her loving soulmate, David Lott, Sr. They were married on May 17, 1999, recently having celebrated their 20th anniversary. She was a faithful member of Celestial Haven Church in Dallas, Texas.