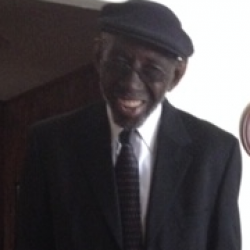 Herman Douglas Payne, Sr., 90, of Helena, Arkansas, went to be with the Lord on February 27, 2019. Herman was born October 8, 1928 to Irene Payne in Hughes, Arkansas. During his childhood the family moved from Hughes, Arkansas to Leland, Mississippi before relocating to Helena, Arkansas. Herman attended school in Helena – West Helena School District. He served in the United States Army from September 1952 to June of 1954 where he received an Honorable Discharge as a Private First-Class rank. He proudly served in the Korean War. After completing his service in the Army, he returned to Helena.

Herman was a faithful member of Galilee Baptist Church where he served under the leadership of the late Reverend Dr. P.L. Perkins. He later joined the New Light Missionary Baptist Church under the leadership of Reverend Ed Wade where loved studying the Bible and listening to old time gospel songs. He was an active member of the NAACP and the American Legion where he served as a financial officer. Herman was a proud veteran who represented the American Legion in Helena – West Helena during Martin Luther King, Jr. Holiday Parade and Veteran’s Day activities by proudly placing flags on Veteran’s graves. He worked for Jackson and Highley Funeral Home for 50 years as a Licensed Funeral Director and various jobs until his health declined. Other work experiences include factory work at Chicago Mill and McKnight. Herman loved keeping a well-groomed lawn and gardening. Herman’s Love of God, Family and Country was a lifelong commitment that was evident in his everyday actions. We all gained so much from Herman’s unconditional Love and enjoyed every moment spent with him.