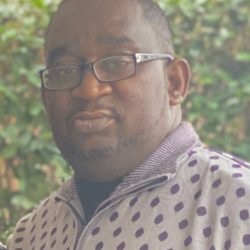 Visitation will be held Friday, September 24, 2021 at Jackson - Highley Funeral Home Chapel, West Helena, Arkansas from 4:00 p.m. to 7:00 p.m. Funeral Service will be held Saturday, September 25, 2021 at Middle Baptist Church, 801 Whitehaven Lane, Memphis TN at 11:00 a.m. The repast will be held immediately at the Middle Baptist Church Fellowship Hall, Memphis TN. We will reconvene for interment at 5:00 p.m. at Jackson Memorial Cemetery, Lexa Arkansas. We will follow CDC guidelines:  mask, hand sanitizer, and the social distance standard of 6ft apart. Mr. Shepard's service may be viewed live through ZOOM. Here are the ZOOM instructions: If you do not have the ZOOM app already, please download it prior to the service. Topic: Funeral Services for Mr. Nelson Shepard - Middle Baptist Church- Memphis, TN. Time: Sep 25, 2021 11:00 AM Central Time (US and Canada) Join Zoom Meeting https://us06web.zoom.us/j/88974262347?pwd=NVV4Y3Yxc1pRaVVHdWZicmxBV2VoQT09 Meeting ID: 889 7426 2347 Passcode: 042900

Nelson Shepard (49) was born on February 3, 1972 to Mary Ann Carter and the late Eddie “Buskeet” Fraction, Sr. in Helena, Arkansas.  He was raised by his favorite great grandparents; the late Nelson and Alberta Carter.  At an early age, Nelson confessed Christ as his Lord and Savior and was baptized at Galilee Missionary Baptist Church under the leadership of the late Reverend P.L. Perkins.  As a youth, he sang in the choir.  He had many fond memories of Youth Choir Day and the events that followed.  He continued his walk with Christ.

After graduating high school, he would joined the United States Army where he serviced in “The Gulf War” which was a war waged by coalition forces from 35 nations led by the United States against Iraq. After a hand injury, Nelson would return home to recovery on a honorable discharged.

In the fall of 1994, Nelson met the love of his life “Bip” aka Hattie Stewart of Mellwood, Arkansas. They were married for 21 years.  To this union, 6 children were born and one miscarriage.  Nelson enjoyed being a husband, father, and man of God.  He was an exceptional provider and he loved taking his family on trips to see the world.  He was a huge fan of any sports.  However, his favorite team was the Dallas Cowboys…win, lose or draw, he loved this team…

On September 10, 2021, Nelson departed this life at Memphis Veteran Hospital in Memphis, Tennessee.