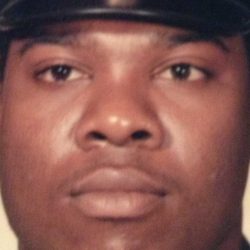 Mose Marshall, Jr. was born June 6, 1950, in Lambrook, Arkansas to the late Mose Marshall, Sr. and Mildred Lewis-Marshall. He fought a courageous fight and transitioned from this earthly life surrounded by his loving family on June 25, 2021, at the home of his sister, Shirley in South Holland, Illinois.

Mose accepted Christ as his personal Savior at an early age at the Brooks Chapel Baptist Church, Lambrook, Arkansas under the Pastoral ship of Reverend J.W. Webb.  While living in San Diego, California, he joined the Bayview Baptist Church. He later moved back to Arkansas where he reunited with Brooks Chapel Church under the Pastoral ship of Reverend Artis James.

Mose was a hard worker and his work history showed it. Early on, he worked for Griffin Wheel Company, San Bernardino, California for several years. Then he later worked for Union Pacific Railroad for about two years. From there, he went to work for Santa Fe Railroad until his health declined.  After living in California for many, many years he moved to Chicago to be with his sisters. He found employment at Country Buffet. He often loved to brag, “he was the greatest chef and taught his sisters everything they knew.”