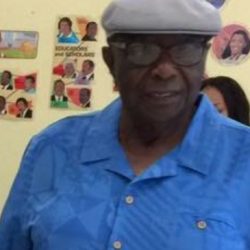 All his life, Edgar was a farmer in and off season.  He worked at D & L of Marianna Arkansas, Chicago Mill of West Helena Arkansas, and at Telephone Tower of Phillips County.

Edgar ensured his legacy continued with his grandson, Thomas Lee Wright, Jr.  He took young Thomas, Jr. under his wing early on and taught him “Life.” He shared his knowledge of farming and how to repair farm equipment. He called on Thomas, Jr. for many of the repair jobs that he encountered at home, knowing he could trust Thomas, Jr. to help him when he needed it the most.